NASA scientists have found bacteria living in the cold and dark waters under the Antarctic ice, a discovery that might advance knowledge of how life could survive on other planets, and offers glimpse of a vast ecosystem of microscopic life in the underground lakes. This lifeform has been well preserved for 250 thousand years. Star-Oddi's CTD logger was chosen by NASA because of its small size and reliability. 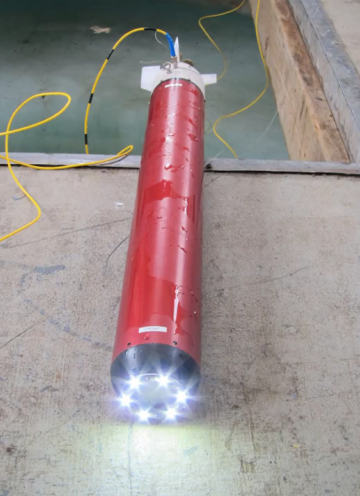 A robotic submarine, about the size and shape of a baseball bat, was dropped down a 800 meter borehole into the subglacial Lake Whillans in January in 2013. Tethered to the surface with a fiber-optic cable, the micro-submarine sent data including salinity, depth and temperature data from Star-Oddi’s small CTD logger as well as video footage.

Implications for discovery of extra-terrestrial life

The lakes have been deprived of exposure of oxygen and sunlight, allowing analysis of bacteria never researched before.

Elsewhere in the solar system there is good evidence of liquid water under thick ice sheets, where life depends on minerals alone. This discovery could therfore hold important implications for the search for life elsewhere in the universe.