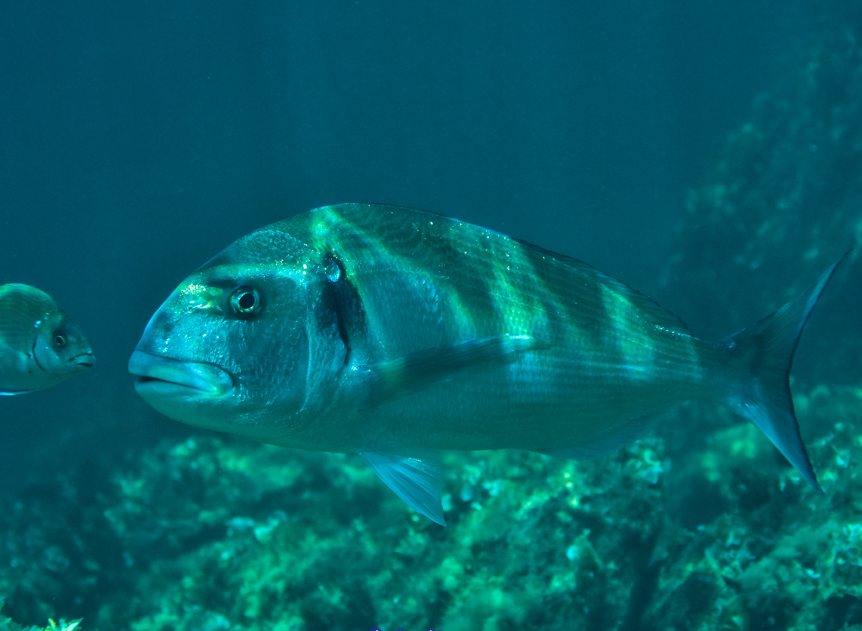 The cardiovascular system plays a key role in the ability of fish to survive and thrive in their environment. In a recent study, researchers expected to demonstrate that swimming activity measured with accelerometers was a determinant of cardiac activity measured through heart rate.

Twelve fish implanted with heart rate and activity biologgers
A team of scientists from Ifremer, CNRS and CHU de Montpellier measured activity and heart rate of gilthead seabream (Sparus aurata) to hypoxia and warming. Twelve 18 months old gilthead seabreams were implanted intraperitoneally with Star-Oddi’s DST milli HRT-ACT loggers. Two experimental procedures were conducted and compared: each fish was either free swimming in a tank or confined individually in a respirometer chamber.

The fish were allowed to recover, and the experiments were conducted over five days. During a two-day period, the fish were exposed to hypoxia and warming twice, with a recovery period of 24 hours in between.

Hypoxic bradycardia and warming tachycardia were observed
Wildlife studies of e.g. sockeye salmon have shown that heart rate is significantly affected by the temperature of the water. Unexpectedly, the researchers in this study observed a higher heart rate in the confined seabream than when they were swimming freely, which was contradictory to what they expected. This happened irrespective of handling the day before. The authors suggest that confinement may introduce bias in physiological studies of fish to environmental stressors.

Activity was in general low under hypoxic condition and increased significantly with warming. Hypoxic bradycardia and warming tachycardia were observed in the fish regardless of if they were free swimming or confined. The data showed novel insight into the drivers of cardiac responses to temperature as well as behavioral responses to warming.