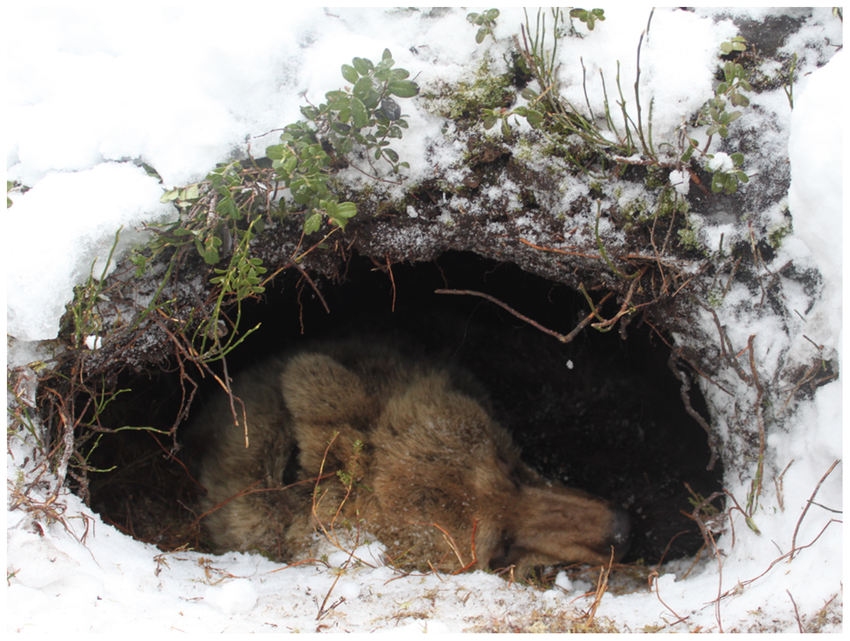 The Scandinavian brown bear (Ursus arctos) has adapted to harsh winter conditions in northern Scandinavia by going into hibernation. During hibernation, different biological rhythms in activity and temperature have been noticed which are naturally regulated by environmental factors such as daylight. Research of various rhythms in wild animals has contributed greatly to the field of ecology, but little focus has been on the physiology behind these rhythms. In a current study the changing rhythms in activity, body temperature and heart rate were in focus. Furthermore, the influence of which endogenous and exogenous factors had an impact on the rhythmicity of previous mentioned parameters were investigated.

Ultradian rhythm in body temperature and activity
The bears were most likely to show diel rhythms in body temperature and activity when emerging from hibernation with increasing daylight in March to May. The Scandinavian brown bear is more active than grizzly bears in the early summer, as it coincides with mating and predation of moose calves. With decreasing daylight, the Scandinavian brown bear showed tendencies to go into ultradian rhythm that consistently were 12 hours long, which coincides with them foraging solely on berries. Also, maybe not surprisingly, the bears living closely to areas of hunting became nocturnal after human encounters.