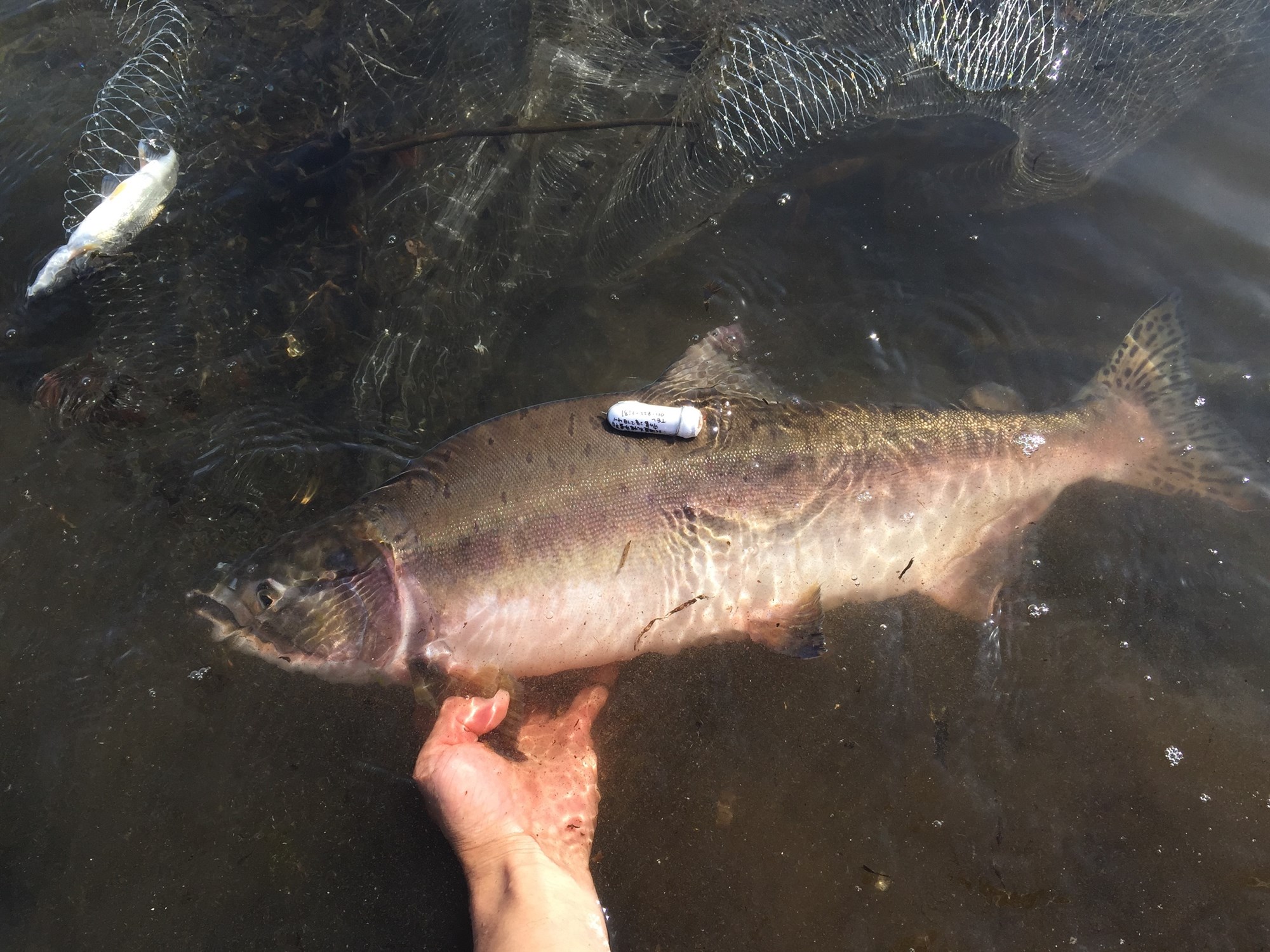 Anadromous fishes like salmon hatch and spend their juvenile period in freshwater. This is followed by migration to, and maturation in the sea. Adult fish then migrate back up rivers to reproduce in freshwater habitats.

A researcher at Japan Fisheries Research and Education Agency, has in a study recently published in Environmental Biology of Fishes looked closer into the reverse migration and probing behaviour of pink salmon (Oncorhynchus gorbuscha) after its return to fresh water.

44 pink salmon tagged in four rivers
During a study period from July to September in 2011-2015, 44 pink salmon were captured in four river systems in northern Japan. 23 males and 21 females were measured for fork length and externally tagged with Star-Oddi’s DST CTD logger measuring salinity, temperature, and depth. The loggers were set to record water temperature, depth, and salinity at 1-minute intervals.

Analysis of the salinity data from the 14 loggers showed that seven tagged fish remained in fresh water during the time between tagging and recapture. However, sudden changes in salinity levels from the other seven tagged fish suggest that these fish made short-term excursions from freshwater to brackish/saltwater environments. The duration of these short-term visits varied from around 1 minute to eight hours. Six of the seven fish that showed the reverse migration from river to brackish/saltwater were males.

The results of this study show periodic, short-term movements (minutes to hours) made by mature homing pink salmon between fresh and saltwater. According to the author, this would not have been detected using other techniques such as otolith microchemistry.