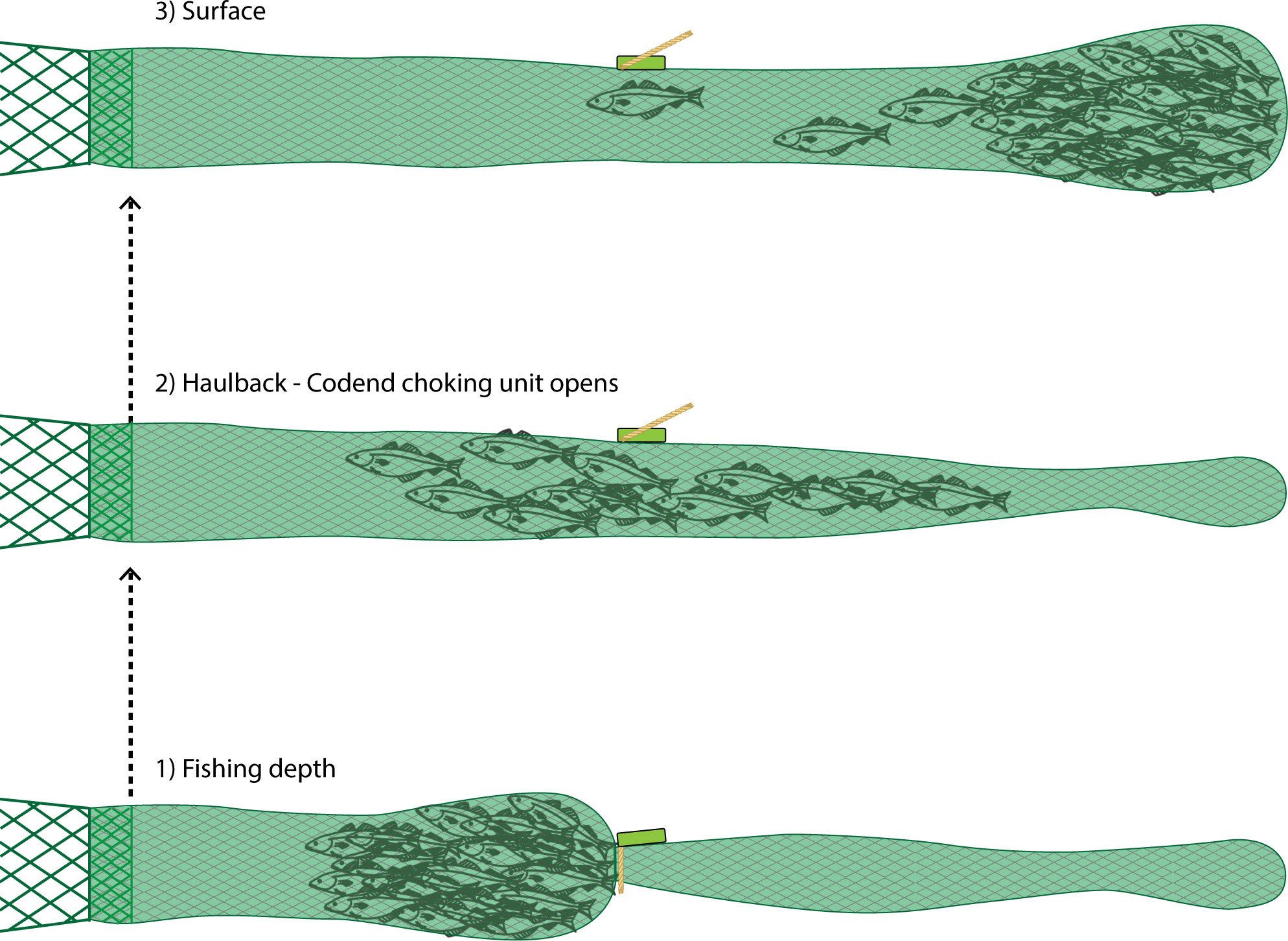 The largest commercially exploited stock of mesopelagic fish in the Northeast Atlantic Ocean is the blue whiting (Micromesistius poutassou). The multi-national fishing fleet fishing the blue whiting consists mainly of large pelagic trawlers that use fishing trawls usually larger than 2000 m in stretched circumference and vertical and horizontal mouth openings exceeding 100 m. These huge nets, combined with dense gatherings of fish often results in enormous catches of many hundred metric tons. This sometimes causes the closed end of the trawl net, called codend, to burst.

Researchers at the Institute of Marine Research and The Norwegian Fisheries Directorate in Norway, have in a study designed a catch limitation system for fishing the blue whiting without risking too large catches, hence the bursting of the codend.

Catch limitation system with three components
The catch limitation system in the study consisted of three key components: a fish release section, a fish lock, and a choking unit. Different designs of these components were tested to find the best option during two cruises between March 9th to April 10th 2022. Cameras and sensors were installed for observation and measurement. Several Starmon TD temperature and depth loggers from Star-Oddi were mounted on the fish release section of the catch limitation system, and at numerous locations along the codend in order to measure release depth. The loggers were set to measure depth every second, clocks synchronized with all other recording instruments including the cameras.

Effective limitation of the volume of the catch
Results of the study show that there was a clear relationship between the position of the choking rope and the actual catch in tons. Managing catch quantity in the blue whiting pelagic trawl fishery can be done effectively through fairly simple modifications to the codend section. The novel catch limitation system was shown to be able to effectively limit the volume of the catch to the level set by the skipper, contributing to more sustainable and responsible fisheries. Future work is needed to optimize the design to fit other fish sizes.

Illustration: from the article.
FIGURE 5 Artistic impression of the depth triggered releaser in operation. (1) catch is retained in the codend ahead of the closed releaser; (2) the trigger depth is reached, and the releaser opens; and (3) the retained catch dissipates into the residual component of the codend.