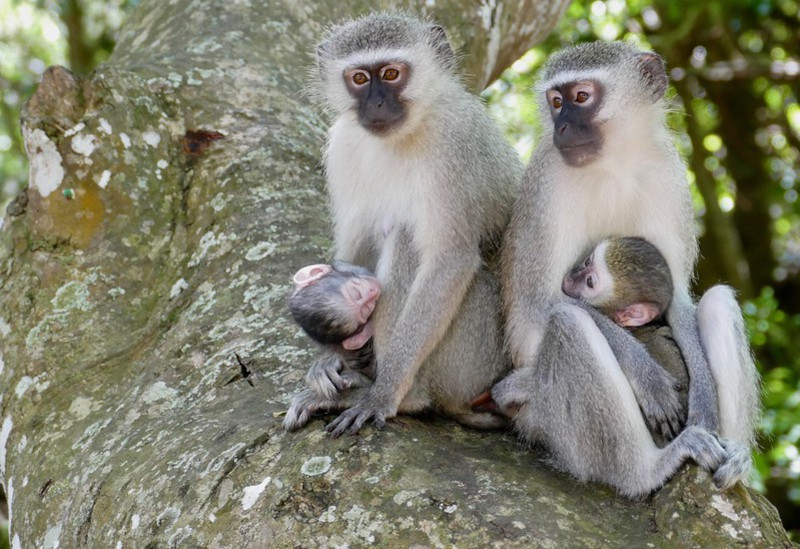 Unwitnessed births timed with temperature data
Two births were directly witnessed during field observations, and out of the 22 unwitnessed births, 17 were identifiable through the distinct post-partum hyperthermia in the mothers that could not otherwise be explained. Of the 17 births, 15 occurred during the night, and two occurred within one hour of sunset. The timing of the remaining five births was unidentifiable.

By giving birth during the inactive phase gives the mother and baby the necessary opportunity to establish a bond between them that supports nursing and heat retention, all without interference by other vervet monkeys or troop movements. The findings in this study indicates that the timing of primate birth may have significant thermal implications. Also, in combination with socioecological factors natural selection may have favoured labor during the night, that is synchronized with the lowest circadian temperature of the mother as well as favorable environmental conditions that improves thermoregulatory efficiency during birthing.

Published in Biology Letters and can accessed here

Photo from Our Breathing Planet