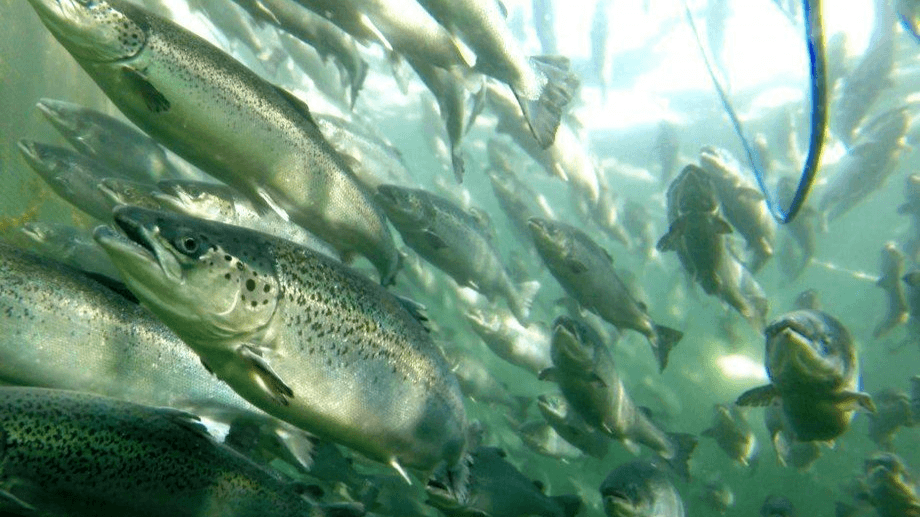 Water temperature is increasing and oxygen levels decreasing at sea-cage sites due to climate change. These conditions may become a challenge for the aquaculture industry as they negatively affect growth and welfare of marine sea-caged fish.

In 2019, record highs in seawater temperature in Newfoundland, Canada, caused mass mortality of salmon at cage-sites in the region. During that time bio-logging data was being collected in several Atlantic salmon (Salmo salar) by researchers at the Memorial University. The results, published in Frontiers in Physiology, shed light on how sea-cage conditions influence the physiology and behaviour of fish.

Temperature, depth, heart rate and behaviour recorded for over 84 days
In July 2019, 12 Atlantic salmon were equipped with Star-Oddi DST milli-TD and DST milli-HRT ACT loggers and sea-caged with 35.000 conspecifics on the south coast of Newfoundland. The DST milli-TD were attached externally and set to measure temperature and depth every 5 minutes, while the DST milli-HRT ACT were implanted and set to record heart rate (based on ECGs recorded at 100 Hz for 15 s), acceleration (at 1Hz for 60 s), and temperature every 2 hours. ECG data was further manually processed to extract HRV data while the acceleration analysis relied on statistical parameters provided by logger.

Weekly averages of the before mentioned variables were all highest during the week where reported mortality in neighbouring cages were the highest, although temperature had dropped reaching its peak temperature just over 19°C a week earlier. These results indicate that high temperature coupled with moderate hypoxia (about 70% air saturation) cannot be the primary cause of mortality.