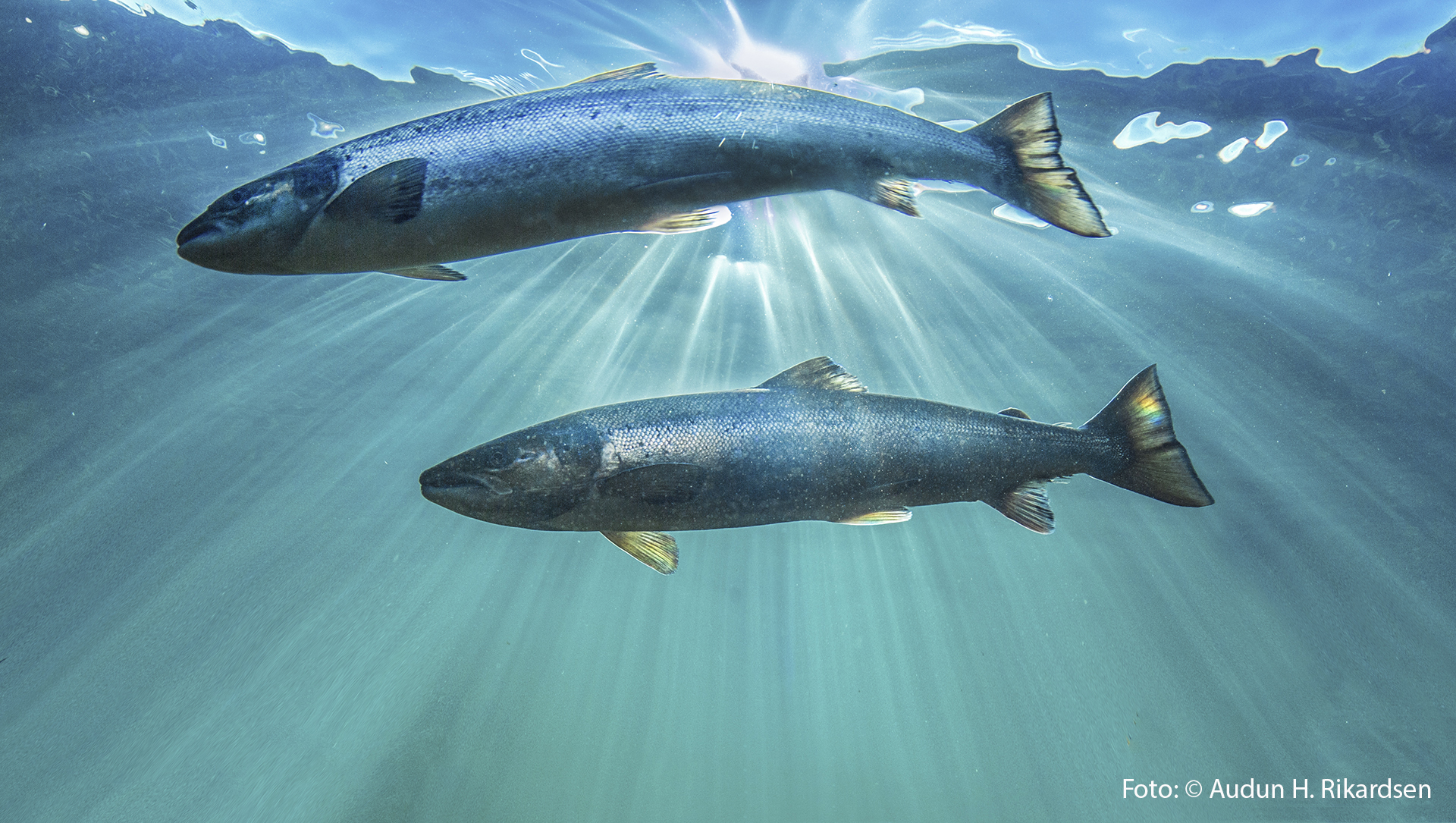 The Atlantic salmon (Salmo salar L.) is an important indicator for the health of freshwater and coastal ecosystems. Contrary to the Pacific salmon (Oncorhynchus sp.) which dies after spawning, the Atlantic salmon spawns more than once in its lifetime. The success of this repeated spawning depends on the ability to migrate between fresh water and marine feeding grounds where the fish is exposed to variety of human made stressor. This includes, e.g., boat traffic, pollution, wind power plants, salmon farming, etc. More detailed knowledge on the behaviour of the Atlantic salmon in coastal areas is essential to lessen the impact and protect the fish.

Dive depths of post- and pre-spawning Atlantic salmon recorded
Scientists from the Institute of Marine Research in Norway, the Norwegian Institute for Nature Research (NINA) and Arctic University of Norway tagged 576 post spawning Atlantic Samon from the River Alta with either Star-Oddi’s DST milli-TD or DST centi-TD. 38 were recaptured.

Depending on the year of tagging the loggers recorded depth and core body temperature at 1, 5, 10, or 30 minute interval. Recapture was done by fishers in the area, both by netting and angling. River dwelling was identified by a consistent diurnal temperature pattern of daytime warming and nighttime cooling of app 1-3°C.

Post-spawners dived at <5 m for majority of the time
Post-spawners (kelts) spent 90% of their time at five meters or above in the first day after entering the sea, with maximum daily depths rising with time at sea. However, 20% of the fish showed shallower maximum daily depth with increased time at sea. The frequency of diving was highest on the fjord entry day and became less frequent offshore after 14 days. Dives were in general short, 2-3 minutes, and did not impact the core body temperature of the salmon.

Returning salmon also dived at <5m
Returning salmon showed great individual variation in diving, similar to post-spawners, and 75% spent their time depths at or above 5 meters. Diving behaviour was characterized by shorter dives and wide individual variation. In the 4-14 days prior to recapture the dives became increasingly shallower and shorter. Compared to deep waters, the probability of coming across food when migrating without actively foraging may be higher close to the surface. Therefore, for post-spawners who are low on energy, swimming largely at the surface may be a great approach since it increases the chance of occasionally spotting food without using energy for foraging deeper in the water.