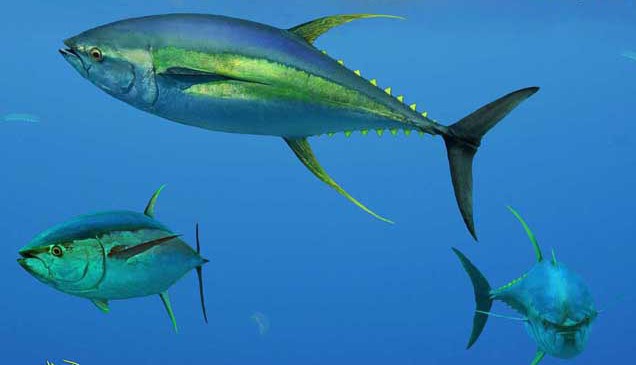 High Hydrocarbon Concentrations in Fish in the Gulf of Mexico

The marine oil and gas industry has been present in the Gulf of Mexico (GoM) since 1938. By 2018, it covered over 5.3 million hectares in U.S. waters alone, with more than 10,000 platforms and active rigs and 27,000 abandoned wells. In the southern GoM there are more than 2,000 offshore wells and thousands of miles of pipelines.

Although there are hundreds of oil spills per year, little is known of petroleum contamination in the gulf. In a recent study, scientists at the University of South Florida, Universidad Nacional Autónoma de México, Universidad de La Habana and New College of Florida presented the first comprehensive baseline of hydrocarbon pollution in fishes in this area.

Fish collected for seven years
Between 2011 and 2018, 15,026 fishes were collected from 359 sampling stations. Demersal and pelagic longline sampling gear were used throughout the GoM and Star-Oddi’s DST centi-TD, temperature and depth logger, was attached to the beginning and end of all line deployments.

All species and their biometrics were listed, and a subsample of fishes was dissected and sampled. The samples included blood, eyes, muscle, liver otoliths, and bile.

A total of 2,503 specimens from 91 species of fish and sharks were analyzed for biliary polycyclic aromatic hydrocarbon (PAH) concentrations. The species were caught in pelagic, benthic, reef and inshore habitats through out the whole gulf.

Northern gulf more polluted
The northern GoM had a higher total biliary PAH concentrations than the West Florida Shelf, and coastal regions off Mexico and Cuba. Among the species that had the highest concentrations of PAH were Yellowfin Tuna, Golden Tilefish and Red Drum.

On the other hand, biliary PAH concentrations were relatively low for most other fishes including economically important snappers and groupers. Remarkably, the sharks had decreasing biliary PAH over the entire time series.

The paper was published in Scientific Reports, Nature and can be accessed here.